Battle Royale is an exciting tournament mode. Everybody enters the arena. Only the winner leaves. It is very dramatic, chaotic, and easily as popular today as it was in ancient Rome (cf., Fortnite, Gladiator fights).

In sports science, researchers want to know how they can design tournaments to maximize the chance that the most skilled competitor wins. For instance, they could plan all possible two-player combinations, actually hold each game, and crown the competitor with the best aggregated outcomes the winner (round-robin or “league” format). Alternatively, the could have K.O. rounds, where losers are eliminated from further competition. Past research showed that round-robin tournaments are much better at finding the best player than K.O. tournaments.

We now added computer simulations to quantify whether Battle Royale tournaments are suitable to find the most skilled competitor. These agent-based simulations were set up through Netlogo code (see picture for a snapshot of 8 fighters in a circular, shrinking arena). 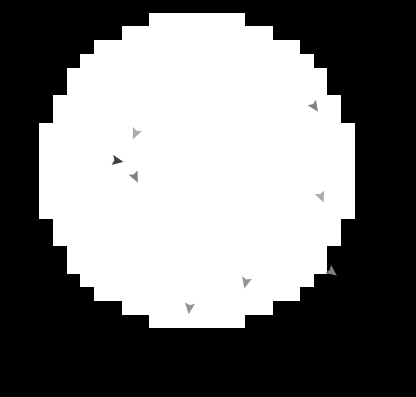 If you are interested in the details, please read the postprint here: Open access publication in Simulation & Gaming

Trying to automate my old job